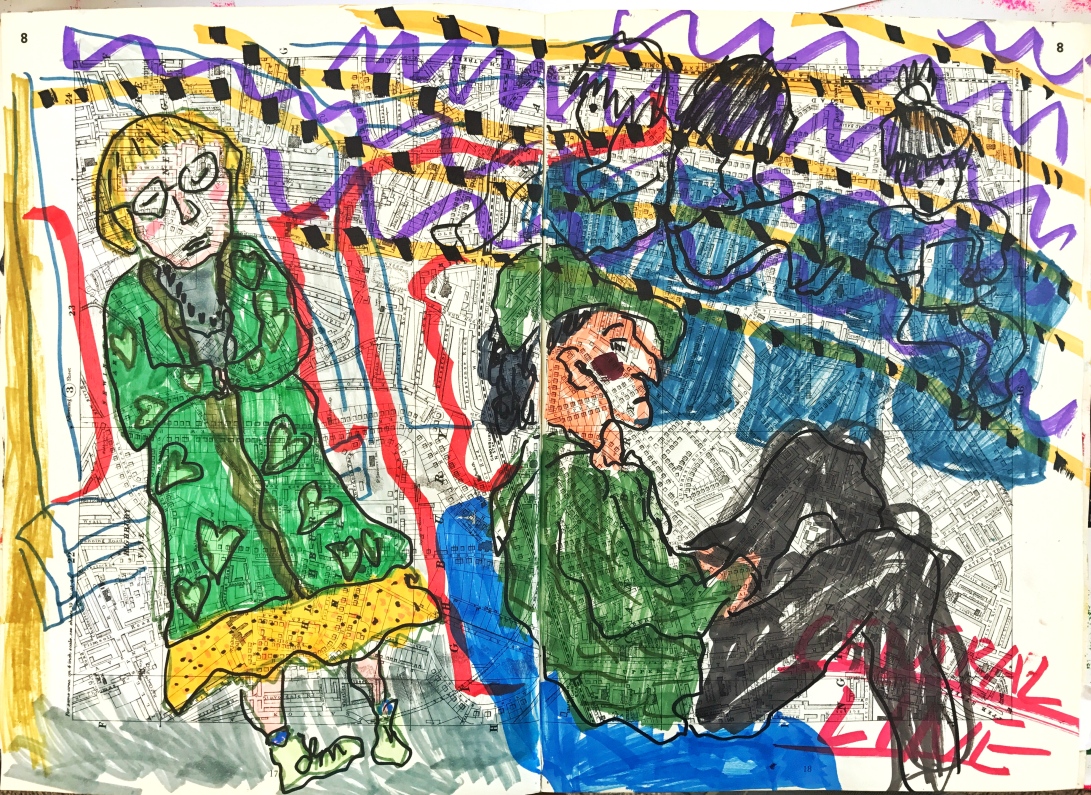 a blond boy doubling up on the seat,
as his father’s arms around him;
a blond girl reading books,
as her mother eyes on her;
a white girl in red t-shirt standing in the middle,
talking to a white boy in red hat and red scarf;
a black woman standing on the left listening to music,
while a black man standing on the right as if in a trance;
a brown lady sitting on the left
with her backpack in the front
while a brown girl sitting on the right
watching me drawing
people come and go
leaving a blank memory and chaotic lines