I believe that art has the fundamental power to empower lives and to inspire action. Becoming a responsible artist has not only been a dream that motivates me in my artistic work in the past years, but also has led me to study  Fine Art at Royal College of Art in London now.

Living in Iran for one year showed me the gender equality issues — with women needing to cover their whole body with the hijab, as well as other issues, which limited their freedom and rights. People may feel that behind the black hijab are similar submissive and miserable lives, but for me, they are gorgeous souls with rich hearts as all humans have. Without any professional training, I started the Persian Princess project, which contained over 60 portraits, to show women’s inner world and freedom behind their appearance and confinement. From March to June, I hosted my solo exhibitions “Persian Princess ” in Iran and Afghanistan to raise awareness about gender issues in the Middle East. 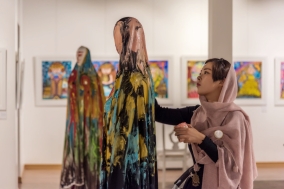 During my work with Asian Development Bank in the Philippines, it was heartbreaking to see the poverty and crime issues that affected the lives of children. Thus, I initiated the project “Color Up the Dark”, running workshops and creating murals with children who couldn’t get the education in slums and poor communities. Then, I had sole exhibition “What the Philippines taught me” to raise awareness about poverty issues in the Philippines. 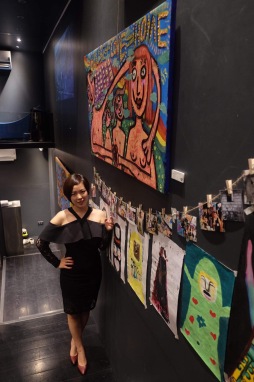 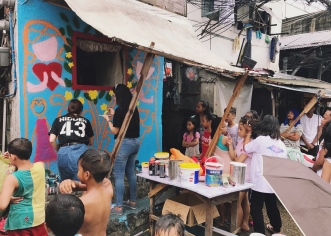 Before being an artist, I was former National Vice President of AIESEC in Mainland of China( 2013-2014 Beijing, China) , President of AIESEC in Iran(2014-2015 Tehran, Iran), Global Vice President of AIESEC International(2016 Rotterdam, the Netherlands). AIESEC is the world biggest youth-led organization which envisions “Peace and Fulfillment of Humankind’s’ potential”,  through which I went to over 30 countries and territories, especially those in conflict, to work on peace and leadership development projects. When many of today’s media and politicians were encouraging animosity against other countries due to dark histories, my teammates and I through AIESEC were convening young students from different countries to volunteer, and by doing so, understand and appreciate foreign cultures.

I enjoy living in my own world and talks to myself. Reading, writing and playing instruments make me relaxed. I have been to India for meditation, where I cut all communications but stayed in total silence for 10 days, I enjoy practicing Mouna, it’s the best way for me to observe herself.

I’m willing to take adventures and try interesting activities too, I love learning by doing, and believe that the best way to know a place is to experience and observe with independent thinking. 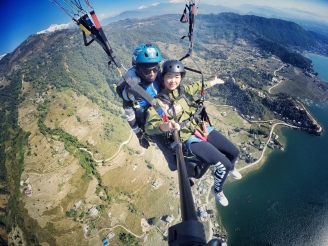 My three values are freedom, creativity, and impact. I am a vision driving person who images future and dreams.

Last but not least, when I am blue, sunrise and flowers could make me red again.