When I finished the wall painting, I felt that I need to write some words on it. Maybe the first form of Chinese writing — Oracle bone script 甲骨文  — which I learned from my university before.

“The Oracle bone script 甲骨文 was the form of Chinese characters used on oracle bones—animal bones or turtle plastrons used in pyromantic divination—in the late 2nd millennium BCE, and is the earliest known form of Chinese writing”  — Wikipedia

Not only because it’s the oldest member and ancestor of the Chinese family of scripts, but also for it’s being pictographic. Looking at the writing, you could guess the meaning of it.

For example, the picture below shows the evolution of some Chinese characters. The one in the red frame is Oracle Bone Script.

I was thinking what write on the wall:

Then I found that 火(Fire) is much simple and powerful, like you have the fire inside need to burn out and destroy everything.  So I was thinking to write Fire in Oracle bone script everywhere. 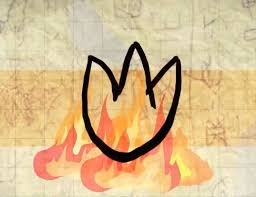 However, some accident happened, I can’t control my anger and for something in my mind I need to write it down on the wall, as large as possible, so I wrote “, YOU should learn how to be a tutor and deal with student like me. ” on the wall, well, it was not in my plan, actually totally changed my plan.

But luckily I had some space left, where I could write these fire symbols.

Then during the tutorial with Isabel, she asked me what’s the meaning of this symbol because it reminded her of a graffiti artist who used this symbol. Then she suggested me could do more with it.

So I started to use more fire symbol in my artworks.

When I took photos for models, I would paint the fire symbol on their faces.

I also made fire signs as photography property, to foil atmosphere.

I was thinking it could be an icon of my fashion design too, no matter for garment, shoes, or accessories. But I didn’t make it this time due to limited time, perhaps I could just do digital drawing on some oversized jacket/Jeans photos?

According to Oxford Dictionaries,  SYMBOL has below meanings:

“A symbol is a mark, sign or word that indicates, signifies, or is understood as representing an idea, object, or relationship.

Symbols allow people to go beyond what is known or seen by creating linkages between otherwise very different concepts and experiences. All communication (and data processing) is achieved through the use of symbols. Symbols take the form of words, sounds, gestures, ideas or visual images and are used to convey other ideas and beliefs.”

And you can find the different meaning of all famous symbols:

25 Common Symbols And Their Meanings

10 Famous Symbols (And What They Really Mean)

Looking at the meaning of these symbols, I found the Sun, Demons, Phoenix, Lion and Fire are related to me more.

Even Death Eater have their symbol: 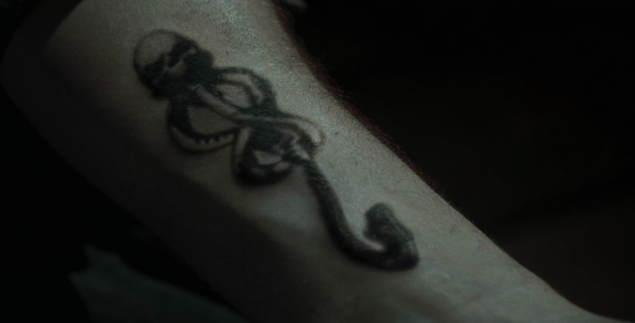 And the Deathly Hallows:

I plan to research more about symbols, to see how to create my own symbol.